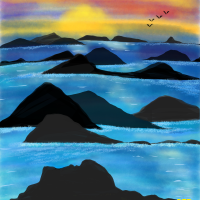 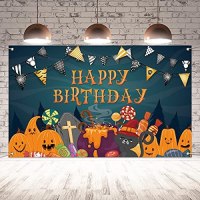 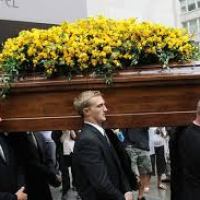 Bat caves:
Bats stay up all night catching bugs,  during daylight hours, bats lead a completely different life. A bat will pass the time hanging upside down from a secluded spot, such as the roof of a cave, the underside of a bridge or the inside of a hollowed-out tree.

There are a couple of different reasons why bats roost this way. First of all, it puts them in an ideal position for takeoff. Unlike birds, bats can’t launch themselves into the air from the ground. Their wings don’t produce enough lift to take off from a dead stop, and their hind legs are so small and underdeveloped that they can’t run to build up the necessary takeoff speed. Instead, they use their front claws to climb to a high spot, and then fall into flight. By sleeping upside down in a high location, they are all set to launch if they need to escape the roost.

Hanging upside down is also a great way to hide from danger. During the hours when most predators are active (particularly birds of prey), bats congregate where few animals would think to look and most can’t reach. Effectively, this allows them to disappear from the world until night comes again. There’s also little competition for these roosting spots, as other flying animals don’t have the ability to hang upside down.

Bats have a special physiological adaptation that enables them to hang around this way. For you to clench your fist around an object, you contract several muscles in your arm, which are connected to your fingers by tendons; as one muscle contracts, it pulls a tendon, which pulls one of your fingers closed. A bat’s talons close in the same way, except that their tendons are connected only to the upper body, not to a muscle.

To hang upside down, a bat flies into position, opens its claws and finds a surface to grip. To get the talons to grab hold of the surface, the bat simply lets its body relax. The weight of the upper body pulls down on the tendons connected to the talons, causing them to clench. Since it is gravity that keeps the talons closed, instead of a contracted muscle, the bat doesn’t have to exert any energy to hang upside down. In fact, a bat will continue to hang upside down if it dies in that position. To release the surface it is gripping, the bat flexes other muscles that pull its talons open.

Most bat species will roost in the same location every night, joining a large colony of bats that cluster together for warmth and security. Bats have been known to demonstrate remarkable acts of altruism to support the colony. In some cases, when a bat is ill and cannot hunt for its own food, other bats from the colony will bring food back to it. Scientists don’t fully understand the dynamics of bat colonies, but they are clearly complex, tight-knit social communities.

During the winter, when temperatures are cold for months at a time, some bats will enter a deeper torpor state called hibernation. This allows them to live through the months in which food is very scarce. Other bat species follow a yearly migration pattern, traveling to cooler climates in the warm months and warmer climates in the cool months. This is why some regions experience “bat seasons” every year.

When bats do come to town, a lot of people are made uneasy in the evening and at night. They worry about bats biting, sucking blood and even getting caught up in people’s hair. But as it turns out, all of these occurrences are extremely rare. As we’ll see in the next section, bats are usually harmless to people, and many species are actually beneficial. Article courtesy of: howstuffworks.com