How a Canadian company is connecting youths to jobs

A Canadian company called Raise Your Flag wants to help connect youths to meaningful work, like becoming a choreographer, without requiring them to get a post-secondary degree or diploma. 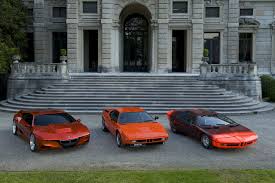 How Raise Your Flag works:

The program is online, open to anyone and completely free.

Participants can either identify what job they are interested in right now, or what kind of career they want to have in the future.

Take someone who wants to become a fashion designer, for example. Raise Your Flag will show them the steps in a potential career path, how you go from a retail sales associate in a fashion store, to a tailor’s assistant, to a pattern cutter, and so on.

“And then of course, at each step we show them the open job postings in their geographic location,” said Porter.

The organization also identifies and suggests various training opportunities from other groups that may be helpful along the way, such as an online course that would cost around $20 or $30 and teach them to use Photoshop to design patterns – whatever the training may be.

Alternatively, participants can start with a job they want to pursue right now, for example, they know the Shoppers Drug Mart down the street is hiring. Raise Your Flag would then show them all the different career paths that start with retail.

The organization works with partners who pay to promote their company as a viable career path that doesn’t require a degree.

When the group started talking to major national companies – like Tim Hortons, Air Canada, and the Canadian Armed Forces, for example – they discovered that all these companies had the same problem: How do we keep these young employees and communicate to them that there are future opportunities here for them?

What most found was that employees under the age of 30 generally leave within two years. One of the top reasons they cite for leaving was that they didn’t see a future with the company. Numerous studies seem to back that claim up.

A recent report from CivicAction lists “a lack of meaningful opportunities” as a major roadblock to youth finding employment. Though the unemployment rate for youth aged 15 to 24 is historically higher than adults (at last check sitting at 13.4 per cent compared to seven per cent overall), a Statistics Canada report states the gap between the two has widened in recent years, as youth employment hasn’t bounced back to its pre-recession level.

Companies insist there are future careers with them, “they’ve just done a terrible job of articulating that and laying it out to [young employees],” said Porter.

“So Raise Your Flag is a chance for [young employees] to lay out that future within their company – at each step of the way, what they can do if they come there eager to learn and ready to work really hard,” he said.

The problem with education:

One of the biggest obstacles Raise Your Flag comes up against is the education system.

Channeling Braveheart, Porter quipped, “the problem with education is that it’s filled with educators.”

He explained, “it’s exclusively filled with a group of people who took one post-secondary pathway.” To tell them that you can have a great career without a university or college degree, “they think that you’re personally attacking their degree and their decision, which isn’t the case,” Porter said.

Raise Your Flag isn’t anti-college or university, stressed Porter. “We’re anti people wasting time and money for something that they may not need.” He’d much rather see a young person go out into the working world and after three years of paid work decide to get more education, versus enrolling in a program after high school, coming out with crippling debt, only so say “ah, maybe that wasn’t worth it.”

Why kids these days need to get a j.o.b.

Porter’s number one tip for today’s youth is to get a job. Any job. Young people, he stressed, need to be engaged in work, and they need to try out a job for at least three to six months before they decide if they like it or not.

Porter recalled his first real job at a No Frills stocking shelves. From there he eventually managed a small team, then two departments, then the store. And it was through those experiences that he learned what he liked, what he didn’t like, how he worked best.

“Just collect all those crappy experiences, the cleaning up accidents in aisle four, dealing with customers who you don’t understand on the phone – all of that stuff, because it helps shapes our outlook on the type of work that we can do,” he said.

Porter also cautions against dumbing things down for youth and telling them simply to follow their passions.

“When I was 15 I thought I was going to the NBA,” he said. But he was lucky enough to have a gym teacher who – rather than said “yes Ryan, follow your passion!” – suggested he tried out teaching a gym class at his co-op placement. From there, Porter discovered he really enjoyed teaching people new things.

Passion isn’t found, stressed Porter. “You discover passion…you earn passion – and then you bring it with you wherever you want to go.”