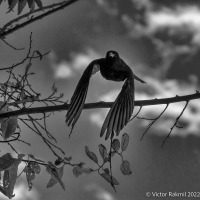 After a lengthy investigation into the fake bills led to five previous arrests, police raided a house on the 800 block of King Street and seized counterfeit U.S. bank notes and equipment that can be used to counterfeit paper currency.

Ursulan and Patterson both made their first court appearance on Tuesday afternoon.