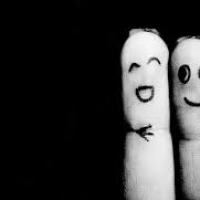 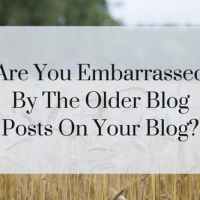 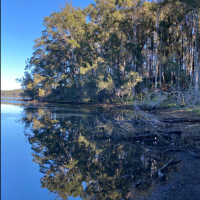 PITTSBURGH (KDKA) – The controversy is growing over whether foods should be labeled if they contain GMOs — genetically modified organisms.
Vermont recently passed legislation requiring GMO labeling and dozens of other states are considering similar actions.

Consumer Reports tested more than 80 processed foods to see just how widespread GMOs are and whether you can trust food labels.
About 90 percent of corn produced in the United States is now genetically modified. The same is true with soybeans. Consumer Reports’ tests show GMOs can be in lots of foods, including some cereals, snack bars and soy-based infant formulas.
Since labeling is not required, you can’t tell by looking at the package, although some may say “No GMO,” “Non GMO” or “Non-GMO Project Verified.”
Consumer Reports tested a variety of products containing soy or corn for GMOs — at least 2 samples of each — each from a different lot.
“Unless they were labeled organic, the vast majority of products without a specific claimregarding GMOs actually did contain a substantial amount,” Dr. Michael Crupain said.
What about foods labeled “natural?”
A Consumer Reports’ survey of 1,000 people found that more than 60 percent believe “natural” means “no GMOs.”
That’s not what the tests found.
“There is no legal definition for the claim ‘natural’ on processed foods. Virtually all the samples we tested that said ‘natural,’ but didn’t make claims about being organic or non GMO in fact contained a high percentage of GMOs,” Dr. Crupain said.
Then, there are unverified claims like “Non GMO.” Though not independently certified, they mostly proved accurate in Consumer Reports’ tests.
The one exception was Xochitl corn chips, They’re labeled “no GMO,” but contained a high proportion of GMO corn in all six samples tested.
Its “Organic” white corn chips did meet Consumer Reports’ standards for non-GMO.
“Our findings confirmed that the most reliable labels for avoiding GMOs are ‘Non-GMO Project Verified,’ or organic, both independently certified,” Dr. Crupain said.
A spokesperson for Xochitl chips told Consumer Reports that the company and its supplier “are both baffled” by Consumer Reports’ test results.
You can get more of Consumer Reports information on GMOs and food labeling on their website: ConsumerReports.org

Share on email
View Comments
FROM AROUND THE WEB
3 Symptoms of ADHD in Kids You Can’t Afford to Overlook (WebMD)
Dermatologists Share Their Secrets to Flawless Skin (Popdust)
If Only He Had Been Carrying a Gun. Oh, Wait. (Blue Nation Review)
The 5 Best Credit Cards with No Interest to Help You Get out of Debt (NextAdvisor Daily)
Michael Dunn Sentenced To Life Without Parole (Blue Nation Review)
These Are the 10 Longest Lasting Cars on the Road (Autos Cheat Sheet)
WE RECOMMEND
Travesty of Justice
Ambridge Residents Worried Sewer Line Will Ruin Historical District
Port Authority T Train Crashes Into Vehicle In Dormont
St. Clair Hospital Conducting Ebola Preparedness Drills
Body Discovered In Small Patch Of Greenery Along Bigelow Blvd.
Family Thankful For Support In Wake Of Fatal McKeesport Fire
Recommended by
Weekly CircularsSee More Circulars
Big Lots:
Crazy Good Deals!
Expires this Saturday
Ralphs:
Even More Low Prices!
Valid until Oct 21
Rite Aid:
With Us, It’s Personal
Expires this Saturday
Staples USA:
Save Up To 40%
Expires this Saturday