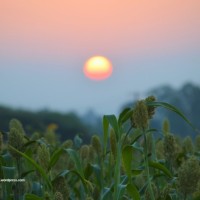 The 2015 Central Pacific Hurricane Season runs from June 1 through Nov. 30.

There is a good relation of El Nino years to increased hurricane activity.

The average number of tropical depressions, tropical storms and hurricanes is about four to five per year.

But when you look at El Nino years, in some cases, the number of storms has doubled. For example:

Then last year, which was a weak El Nino year, there were five storm systems with Tropical Storm Iselle hitting the southern tip of the Big Island.

Even last year with a weak El Nino, 22 systems were born in the East Pacific, the fourth highest on record.

It won’t mean that we will get a direct hit, only that there is a higher chance of tropical cyclone formation for this hurricane season.

The Central Pacific Hurricane Forecast will be released May 26.