According to NASA, Antarctica is actually gaining ice.

Antarctica is currently gaining more ice than it’s losing, according to a recent study by NASA.

The surprising findings, detailed in the Journal of Glaciology, doesn’t deny that glaciers are melting at an increased rate as a result of global warming, but suggests current gains outweigh the losses in other areas. Using satellite data, researchers estimate the Antarctic ice sheet had a net gain of 112 billion tons of ice per year from 1992 to 2001. This net gain eventually slowed between 2003 and 2008 to 82 billion tons of ice per year.

“We’re essentially in agreement with other studies that show an increase in ice discharge in the Antarctic Peninsula and the Thwaites and Pine Island region of West Antarctica,” said lead researcher Jay Zwally from NASA Goddard Space Flight Center “Our main disagreement is for East Antarctica and the interior of West Antarctica—there, we see an ice gain that exceeds the losses in the other areas.”

The study challenges previous research, including the UN Intergovernmental Panel on Climate Change’s 2013 report (pdf), which attributed 0.27 millimeters per year of sea level rise to a melting Antarctica.

But if Antarctica is not losing land ice overall, then where is this sea-level rise coming from? Researchers aren’t sure, suggesting there is another contribution to sea level rises that has yet to be accounted for.

The findings show just how difficult it is to measure changes in Antarctica. Researchers analyzed variations in the surface height of the Antarctic ice sheet using radar instruments on two European Space Agency satellites from 1992 to 2001, and by laser sensors on a NASA satellite from 2003 to 2008. While other scientists had also observed gains in elevations in East Antarctica, they had wrongly attributed it to recent snowfall. Researchers used meteorological data dating back to 1979 to show the ice cores in the area had in fact been thickening.

Antarctica may not be contributing to sea level rises, but researchers caution against celebrating as the current trend could reverse within a few decades. Courtesy of: Quartz. http://qz.com/538902

Areas of interest for publishing include: Industrial Automation | Environmental Optimization | Space | Forensics | Logistics Favorite quote: "Know what you don't know" (Someone, 2020) Currently working on my PhD in forensic psychology at GCU: Focus: healthcare its relationship to life expectancy and economic disparities to produce a dissertation topic that focuses on solutions to the U.S. low rankings on global statistical analysis of life expectancy charts. By utilizing synthesis my thesis statement will show how improving healthcare can elevate the quality of life while raising life expectancies. These concepts can be tied together through synthesis (Klocko, et al., 2015). A mixed methodology approach, utilizing both quantitative statistics over time and qualitative population sampling, would best represent all angles of this topic (Stimpson & Walker, 2020). References: Klocko, B. A., Marshall, S. M., & Davidson, J. F. (2015). Developing practitioner-scholar doctoral candidates as critical writers. Journal of Higher Education Theory and Practice, 15(4), 21-31. Natt Och Dag, K. (2017). A Scholar-Practitioner Perspective on a Leadership Development Program in Health Care: Integrating Connectivism Theory. Advances in Developing Human Resources, 19(3), 295–313. View all posts by Bing Wildlife Foundation 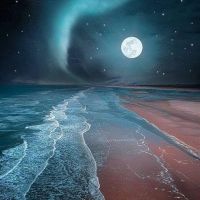 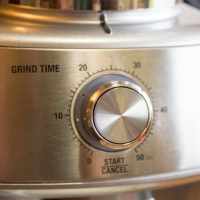